Greece's Titan Cement Company S.A. has announced that it will postpone its 2014 dividend payment due to the bank holiday declared by the Greek government.

"There will be a new announcement regarding the new date and the method of payment of the dividend”, the company stated.

On 28 June Greece's government announced that the country's banks would shut down until 7 July, after talks between Athens and its creditors over bailout money came to a halt.

Read the article online at: https://www.worldcement.com/europe-cis/02072015/titan-cement-postpones-payment-90/

Titan Cement played host to the travelling exhibition, ‘The greatest inventions of the ancient Greeks’.

Titan Cement Company S.A. has donated 500 t of cement to Kefalonia to help restore the island’s buildings following a series of earthquakes earlier this year. Meanwhile, the Hellenic Statistical Authority has reported growth for both the Production Index in Construction and in Industry. 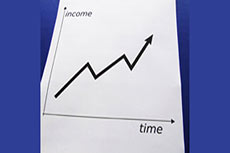 Titan Cement has issued a statement detailing its financial results for 1H 2010. A précis of the statement follows here.