UK construction firms experienced another difficult month overall in May, with output growth easing to its weakest for almost three years and incoming new work declining for the first time since April 2013. Survey respondents noted a general slowdown in market conditions and delays to client decision making ahead of the EU referendum.

However, there were signs that construction companies remain relatively upbeat about the growth outlook, with more than half of the survey panel (51%) expecting a rise in output over the next 12 months and only one-in-seven (14%) anticipating a fall. As a result, job creation picked up in May and reached a four-month high.

The seasonally adjusted Markit/CIPS UK Construction Purchasing Managers’ Index® (PMI®) posted 51.2 in May, down from 52.0 in April and only slightly above the critical 50.0 no-change mark. The latest reading signalled the weakest overall rise in business activity for almost three years. All three broad areas of construction activity were stuck in a low gear during May. Residential building work increased at one of the weakest rates seen since early-2013, while growth of commercial activity was the slowest for nearly three years. Civil engineering stagnated in May, which made it the worst performing sub-category of activity for the second month running.

May data signalled an outright reduction in new order volumes for the first time since April 2013. Anecdotal evidence pointed to a general lack of client confidence, driven by heightened uncertainty about the economic outlook. Moreover, a number of firms noted reluctance among clients to place orders and commence contracts until after the EU referendum.

According to a special question added to the survey this month, around one-third of respondents have seen a detrimental impact on their business from uncertainty regarding the forthcoming vote.

A reduced flow of incoming new work contributed to cautious stock policies and input buying at construction firms in May. Reflecting this, the latest survey pointed to stagnation in purchasing activity across the construction sector. However, staff hiring was maintained in May, which marked three years of continuous job creation. The latest increase in payroll numbers was the fastest since January, which construction companies linked to new project starts and high levels of orders-in-hand.

Meanwhile, construction firms noted a moderate deterioration in supplier performance, continuing the downward trend seen since September 2010. A robust pace of input price inflation was also recorded in May, although the latest rise in average cost burdens was slower than April’s nine-month high.

Looking ahead, UK construction firms are upbeat overall about the year-ahead outlook, with just over half of the survey panel forecasting a rise in output. The degree of optimism was up fractionally since April, but still at one of the lowest levels seen over the past three years. Survey respondents linked this to heightened economic uncertainty and concern that softer market conditions will persist into the second half of 2016 (especially in the housing sector).

Read the article online at: https://www.worldcement.com/europe-cis/02062016/uk-construction-sector-slowdown-continues-may-217/

A new report released by McKinsey has predicted growth in the construction equipment sector. 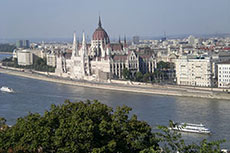