February data highlighted a further loss of growth momentum across the UK construction sector, with output, new orders and employment all expanding at slower rates than at the start of 2016.

The headline seasonally adjusted Markit/CIPS UK Construction Purchasing Managers’ Index® (PMI®) registered 54.2 in February, down from 55.0 in January and the lowest since April 2015. Although still above the 50.0 value that separates expansion from contraction, the latest reading pointed to one of the weakest rises in construction output seen over the past two-and-a-half years.

For the first time since January 2013, residential building was the worst performing sub-category of construction output. Moreover, the latest rise in housing activity was the slowest recorded since June 2013.

Growth of commercial building work also moderated in February, with the rate of expansion the softest since the election-related slowdown in May 2015. Civil engineering bucked the overall trend in February, with growth accelerating to its fastest for five months. Some firms pointed to a rebound in work on infrastructure projects.

Reports from survey respondents suggested that less favourable demand conditions and greater uncertainty about the economic outlook continued to act as a brake on the construction sector. Reflecting this, new business growth moderated for the third time in the past four months during February. The latest rise in overall volumes of new work was the slowest seen since April 2015. While construction firms noted that client spending was still generally expanding, there were some reports that business confidence had moderated in February and weighed on clients’ willingness to commit to new projects.

Softer output and new business growth resulted in weaker job creation across the UK construction sector during February. The latest rise in staffing levels was the slowest recorded since August 2013. Anecdotal evidence suggested that heightened uncertainty about the demand outlook had led to more subdued job hiring trends in February. Reflecting this, the latest survey indicated that construction firms were the least confident about the 12-month business outlook since December 2014.

Weaker projections for output growth contributed to more cautious input buying policies in February. The latest expansion of purchasing activity was the slowest for ten months. However, suppliers’ delivery times lengthened again, and at the second-strongest pace since June 2015. Construction companies noted that a squeeze on stock availability among suppliers continued to weigh on vendor performance.

Input cost inflation moderated in February and was close to its lowest seen over the past three years. Survey respondents noted that lower fuel and steel prices had helped to bring down overall cost inflation at their units.

Read the article online at: https://www.worldcement.com/europe-cis/02032016/markit-cips-uk-construction-pmi-released-611/

Skills shortages are on the increase across a number of trades and professions, with small construction firms experiencing particular difficulties. 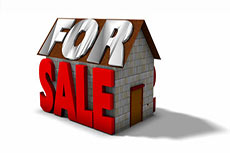