Markit/CIPS UK suggests that January’s data pointed to a renewed slowdown in output growth across the UK construction sector. Growth has decreased to 55.0, from 57.8 in December; this is the slowest rate of expansion since April 2015. Aside from the pre-election slowdown recorded last year, the latest reading was the lowest since June 2013. Softer new business growth has acted as a brake on output growth and staff hiring at the start of 2016.

Higher levels of output were recorded across all three broad areas of construction activity monitored by the survey. Commercial work remained the best performing category in January, but the latest upturn was still the slowest since June 2015. At the same time, house building activity expanded at the second weakest pace for just over two-and-a-half years. Civil engineering was again the weakest performing area of activity overall, despite rebounding slightly from December’s eight-month low.

The latest data indicates a slowdown in new order growth at the start of 2016, with the increase in incoming new work at its slowest in four months. Despite this, January also saw a number of construction companies note a sustained upturn in infrastructure-related contracts and new residential building work.

Nonetheless, prospects for growth over the next 12 months remain positive, with around 46% expecting a rise in business activity, and only 6% anticipating a reduction. Even with widespread reports of strong order books and planned company expansions in 2016, some firms highlighted concerns that underlying demand conditions had started to soften.

A moderation in job creation across the construction sector took place in January due to reduced optimism about the business outlook. The latest rise in employment numbers was the weakest since September 2013.

Supply chain pressure continued in January, as highlighted by a further lengthening of delivery times from vendors. However, lower fuel and energy costs helped to partially offset rising prices for construction materials.

Read the article online at: https://www.worldcement.com/europe-cis/02022016/slowdown-in-uk-construction-sector-431/ 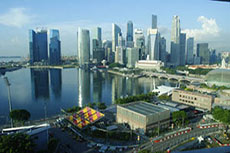 Timetric predicts that the construction industry in Singapore will expand. 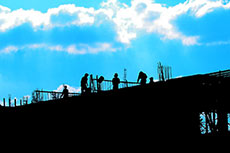