Eurocement’s Sengileevskaya plant has begun sending cement by barge. The company sent its first batch of 1700 t of cement at the end of August to a distribution centre in Cheboksary (Chivash Republic). Eurocement plans to make more of this means of transport and increase its water transport from 250 000 tpy to 500 000 tpy.

The Sengileevskaya plant is situated on the banks of the Volga River, making it easy to transport cement to the Ulyanovsk region and surrounding areas, as well as further afield. Shipping by barge is relatively low cost, which will help stabilise cement prices.

Read the article online at: https://www.worldcement.com/europe-cis/01092015/sengileevskaya-plant-begins-barge-transportation-466/ 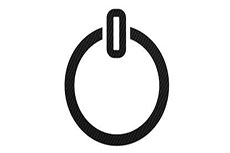 A gas-fired power plant supplied by Wärtsilä is under construction at Nevyanskiy Cement.

Mikhail Skorokhod spoke to staff at the plant about ensuring the good upkeep of the existing equipment during the construction of the new line.

The Eurocement group company dispatched the most cement ever in one month in July, totalling 125 135 t.