Holcim Indonesia reported a 10% y/y growth in sales in 1H14, at Rp.4.93 trillion (US$425.83 million), but net profit fell 3.79% y/y to Rp.449.41 trillion. According to a report on The Jakarta Post, the decline can be attributed to rising costs, including higher electricity rates, a boost to the minimum wage and foreign exchange losses.

The Indonesian government has raised electricity rates according to businesses’ power needs, leaving Holcim with a 64.7% increase, which will come in gradually over the rest of the year. The company reported a 15.87% increase in operation costs to Rp.728.23 billion in 1H14.

Semen Indonesia, which reported its 1H14 results earlier this week, also blamed rising expenses and foreign exchange losses for the higher costs incurred over the period.

Having invested US$800 million to construct Tuban 1 and Tuban 2, Holcim Indonesia is said to be confident of increasing revenues over the full year thanks to a boost in production capacity. Meanwhile, with the election period over, it is hoped that construction activity will begin to pick up in the country.

Read the article online at: https://www.worldcement.com/asia-pacific-rim/31072014/holcim-indonesia-1h14-suffers-from-rising-operating-costs-210/

Siemens has won the contract to supply the second cement production line at Holcim’s recently inaugurated Tuban plant with an Integrated Drive System. 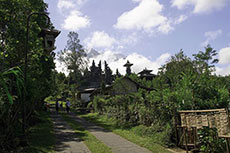 The new line, producing 1.7 million tpa, will help meet demand in Indonesia, where the cement industry is experiencing a period of growth.