According to Timetric’s Construction Intelligence Center (CIC), the value of China’s construction industry is set to rise significantly, from US$2.0 trillion in 2014, to US$2.5 trillion in 2019, due to positive economic developments in the country. This prediction was measured at constant 2010 US dollar exchange rates.

The expansion of construction activity in China has been weakening in recent years, a trend that Trimetric predicts will continue into 2019. The annual average increase in construction output will ease to 5% in 2015 – 2019, down from approximately 9% between 2010 and 2014. This is in part due to efforts to rebalance the economy, shifting away from reliance on public investment and towards household consumption. Moreover, the weakening trend reflects the slowdown in the real estate market, given the huge unsold housing stock.

The largest market in the Chinese construction industry is residential construction, which will be supported by urbanisation in China, a low unemployment rate and developments in regional economic conditions.

It must be noted that despite the reduced growth, China will maintain its position as the country with the largest construction industry, at least for the near future.

Accelerated spending in China to prop up economic growth

The Chinese government does not want to face a major slowdown; therefore, whilst attempting to rebalance the economy in the long-term, it will pursue large-scale spending plans in the upcoming few years. Therefore, positive economic developments are set to boost China’s weakened construction industry.

According to Sina Zavertha, Economist at Timetric’s CIC: “The government is accelerating its spending on construction industry in a bid to prop up economic growth. In its 2015 budget, the Chinese government increased its expenditure for the infrastructure development by 4.4%. Moreover, 300 transport infrastructure and energy and utilities projects are in the pipeline that will support the overall construction industry.”

Growth in the infrastructure market will be supported by the government’s plans to improve the current transport infrastructure, along with the ‘One Belt-One Road’ initiative to improve regional connectivity. Furthermore, the energy and utilities market will expand at the fastest rate in the next five years, driven by demand for electricity in the country.

Read the article online at: https://www.worldcement.com/asia-pacific-rim/29072015/chinas-construction-industry-to-be-enhanced-by-economic-developments-236/

German construction equipment manufacturers are more optimistic about the future than they were towards the start of 2015.

Japan’s construction industry is set to see an increase over 2015 – 2019. According to Timetric’s Construction Intelligence Center, many factors will support this, including investment in public transport infrastructure. 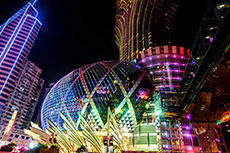