Birla Corp. Ltd (BCL), the flagship company of the M P Birla Group, is poised to enhance its cement production capacity to 9.3 million t after the completion of its expansion programmes, including the proposed 1.2 million t capacity increase at Chanderia, Rajasthan, and the 0.6 million t increase in Durgapur, West Bengal.

All the debottlenecking projects undertaken at the company’s clinker manufacturing units at Satna (Madhya Pradesh) and Chanderia have been completed. Operations at the units concerned have been stabilised and its full benefit will be seen in the current financial year. The company’s current cement capacity currently stands at 7.5 million t.

In a statement released on its website, BCL described its performance during the year as “satisfactory”. It achieved a turnover of Rs 2415 crores in 2010-11, against Rs 2387 crores in the previous year. However, profit after tax during the year was lower at Rs 319.88 crores against Rs 557.18 crores the previous year. The company’s Chairman, Shri Harsh V Lodha, said that BCL’s profitability was affected because of rising coal and fuel costs, significant increase in capacities in the industry, and poor demand from institutional buyers, including the Government.

The company’s environmentally friendly 7.5 MW Waste Heat Recovery (WHR) system projects at Satna Cement Works and Chanderia Cement Works were commissioned in October 2010, and an additional 7.5 MW WHR project at Birla Vikas Cement, Satna, was commissioned in February 2011, aggregating to 22.5 MW. This will result in substantial savings in the power costs for the company.

During the year, the company also signed a Memorandum of Understanding with the Assam Mineral Development Corporation (AMDC) for setting up a 1 million t greenfield cement plant at Umrangsu, North Cachar Hills district, Assam.

BCL announced that the steep increase in the cost of freight and coal will continue to put pressure on its profit margins. However, timely execution of the capacity enhancement, infrastructural projects, and the ongoing Capex plans will help the company achieve better operational efficiency and volume growth, partly offsetting the margin pressures. Factors such as revival of demand in the infrastructure projects and improvement in realisation will determine the performance of the company in the coming quarters.

Read the article online at: https://www.worldcement.com/asia-pacific-rim/29062011/birla_corp_poised_to_expand_capacity/ 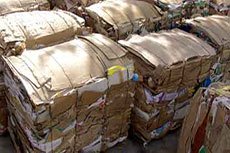 Birla Corporation, India, has announced that it will invest Rs.2400 crore over the coming years in a bid to expand its cement operations.