“This has been an important quarter for us in terms of meeting performance against targets, which is a credit to our professional and prudent management and staff. Significant achievements have been recorded namely by the Cement, Construction Materials & Trading, Construction & Road Maintenance and Property Development Divisions, which saw robust rises year-on-year in PBT by 30%, 17%, 16% and 6800%, respectively,” said Dato’ Richard Curtis, Group Managing Director of CMSB. “The overall result for 1H14 should be viewed positively as it indicates that the Group is on track to deliver strong financial results for the full year of 2014."

Read the article online at: https://www.worldcement.com/asia-pacific-rim/28082014/cmsb-reports-positive-1h14-results-368/ 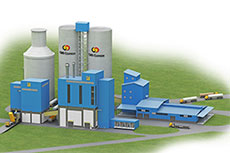 Christian Pfeiffer has confirmed that it has received an order from Caha Mata Sarawak, Malaysia, for the erection of a 150 tph cement grinding plant. 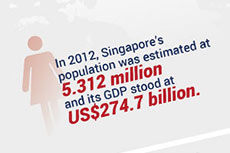 Cement industry facts from the countries of Southeast Asia, including Vietnam, Thailand, Myanmar, Laos and the Philippines.