Southeast Asia is amongst the fastest growing regions in the world today. According to the latest 2012 – 13 GDP growth projections by IMF, the five largest Southeast Asian economies are expected to be the fastest growing region in the world right behind China and India. Pro-market governments, thriving manufacturing sectors, ample natural resources and competitive wage levels are some of the factors that are contributing to this growth story.

The Southeast Asian cement market can be categorised under three distinct clusters, namely: the large producers (Indonesia, Thailand and Vietnam), the midsized producers (Malaysia and Philippines), and the rest (Singapore, Cambodia, Laos, Myanmar, Brunei and East Timor). Together, Indonesia, Vietnam and Thailand account for about three quarters of the total cement consumption in Southeast Asia. They are mostly self reliant, with production from these countries accounting for more than 80% of the total cement production in the region. Surplus production is exported to various regions such as other countries in Southeast Asia, Africa and South Asia. Thailand accounts for the maximum cement exports in this region and is a top three cement exporter in the world.

The Indonesian cement market grew by roughly 15% in 2011 and is expected to grow by 5 – 10% in 2012. Historically, housing construction has accounted for 70% of the demand for cement followed by government infrastructure projects. Currently, the demand growth is being driven infrastructure spending, with US$18 billion in infrastructure investment plans being drawn in 2012.

The price of cement in Indonesia is currently amongst the highest in Southeast Asia. The concentrated nature of production, with three firms (Semen Gresik, Indocement Tunggal Prakarsa and Holcim) accounting for 90% of the total domestic production and high transportation costs, are key reasons behind this higher cost. Although there are presently no tariffs on cement imports from neighbouring countries, the lack of proper infrastructure in transporting cement has made the proposition of low cost cement imports unviable, however, infrastructure development plans may change this. With a potential rise in imports, future capacity growth may also lag behind demand growth.

A rapidly growing economy has made Vietnam one of the largest consumers of cement amongst all Southeast Asian countries. A recent reduction in the number of local building projects, due to high interest rates and heavy rainfall, has reduced local demand for cement in the short-term. However, strong Vietnamese economic growth is expected to keep cement demand growth steady in the medium-term and exports are expected to rise further.

The Vietnamese market has witnessed over supply over a few years and the situation is likely to aggravate given that the state run Vietnam Cement Industry Cooperation (VICEM) is expected to open another seven plants in the coming years. A price sensitive market also means that North Vietnam is susceptible to Chinese exports. As a result, Vietnamese manufacturers have also been exploring export avenues. However, high production costs and poor export infrastructure reduce the competitiveness of Vietnamese exports, forcing it to target African markets. This situation is expected to improve as better port infrastructure is set up in the future.

Domestic cement demand in Thailand is about three quarters of the total cement production in the country. It is fuelled primarily by government funded infrastructure projects that are going to be complemented by an increase in demand for housing after the floods. The remaining demand is provided by exports, with 70% of exports headed to the Indian subcontinent or to other countries in Southeast Asia where demand is growing faster than in Thailand. Significant demand exists in the Indian subcontinent due to the low prices and high quality of Thai limestone in comparison to elsewhere in the region.

The industry is dominated by three producers (Siam Cement, Siam City Cement and TPI Polene), which hold 85% of the market. The current supply remains one of the most competitive in the region and will grow to service domestic and export demand.

Regional trade is another key variable that cement manufacturers must keep in mind while planning future capacities. According to the Common Effective Preferential Tariff (CEPT) scheme signed in ASEAN countries, cement tariffs have been removed from 2010 (with certain exceptions) between the original member countries (Brunei, Indonesia, Malaysia, Philippines, Singapore and Thailand). For the new signatories (Cambodia, Myanmar, Laos and Vietnam), known as CMLV countries, tariffs are expected to be removed by 2015. This tariff removal, along with development of trade and country infrastructure, will result in higher ASEAN trade.

The other big trade variable is the duty reduction under the ASEAN–China Free Trade Area (ACFTA) agreement. The six original ASEAN members have already reduced tariff to Chinese imports to near zero in 2010. The CMLV countries will follow suit in 2015 unless cement is put on the sensitive list, in which case full tariff reductions will be incrementally postponed until 2020. In view of excess Chinese cement production capacity, North Vietnam is especially vulnerable to Chinese imports if tariffs are reduced.

Read the article online at: https://www.worldcement.com/asia-pacific-rim/28032012/cement_supply_and_demand_southeast_asia/

SDIC sets its sights on West Papua, Indonesia, as the location for a new US$200 million cement plant. 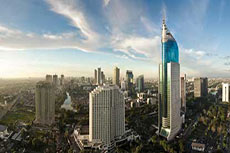 The Philippines and Indonesia have much in common. The following article is an abridged version of the full article, featured in the December 2011 issue, which explores the two Southeast Asian countries’ similarities and differences.

SCG has recorded a 12.5% rise in Q3 net profit year-on-year, but warns that the current flood crisis will result in decreased revenue in Q4.