The company noted that the quarter was adversely impacted by a 30% increase in the domestic coal price in March 2011, as well as a 30% year-on-year increase in the price of imported coal.

In a statement released on its website, UltraTech said that it has a capital outlay of over Rs 11 000 crores to be spent over the next three years. This capex pertains to a number of projects, including clinkerisation plants through brownfield expansion at Chhattisgarh and Karnataka, together with additional grinding units; installing waste-heat recovery systems; instituting bulk packaging terminals; and setting up of ready-mix concrete plants. Orders have been placed for major equipment for setting up of the projects, and the expansions are expected to be operational by Q1 FY14. The company expects these projects to enhance its cement capacity by 9.2 million tpa.

The company also commented that a surplus scenario is likely to continue over the next 2 to 3 years, resulting in the selling prices remaining under pressure. With commodity prices rising, input costs will be affected, which will squeeze margins.

Read the article online at: https://www.worldcement.com/asia-pacific-rim/27072011/ultratech-cement-releases-financial-results/ 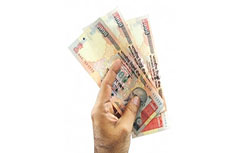