Pakistani cement manufacturer Lucky Cement has released its financial results for the first half of the current fiscal year (ended 31 December 2013).

The increase in the company’s revenue was attributed to factors such as an increase in the domestic price of cement and the depreciation of the rupee, which pushed up exports.

1Q14 results are in for Lucky Cement, the market leader in Pakistan. The company realised improved sales value and lower financial charges in the quarter.

A note delivered to the Karachi Stock Exchange has laid out the details of plans for the company’s growth and diversification.

Domestic cement sales increased by 7% y/y, while exports fell by 4%. 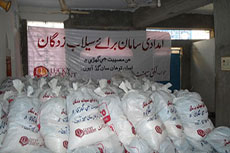