Eight months after talks began, Jaypee Group has revived its negotiations with Sajjan Jindal's JSW to sell its entire 20-22 million t cement portfolio with the objective of markedly improving its financial health.

Jaypee Group has mounting debt, with an outstanding responsibility of approximately Rs 75 000 crore.

The talks are still at early stage and there is no guarantee of a completed transaction considering the debt of Jaypee Group.

This is the second time that Jaypee Group has negotiating with JSW Cement. Earlier this year, the company was in talks with JSW and Heidelberg Cement to form a joint venture to control a majority of its cement plants. However the talks fell through when Heidelberg opted out of the deal.

Read the article online at: https://www.worldcement.com/asia-pacific-rim/26102015/jaypee-group-jsw-cement-portfolio-843/ 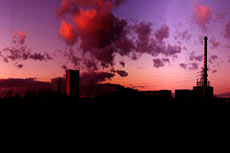 The company is reportedly planning to add grinding plants to boost capacity in expectation of renewed demand.

Media speculation suggests that the Jaypee Group is in talks with other cement companies about forming a joint venture for the majority of its existing plants.

According to reports, JSW Cement is planning a growth of 9 – 10% this year through expansion in south Indian markets.