PT Holcim Indonesia Tbk has released its financial results for 2012. The year saw positive results for the company, with sales rising by 19.8% to Rp9.01 trillion and profit growing by 27% to reach Rp1.35 trillion. Cement sales volumes came in at 8.59 million t, 14.8% higher than the previous year. This is in line with rising cement consumption levels in Indonesia, which were up 14.4% in 2012 to 54.9 million t. Demand for cement is being boosted by higher activity in the commercial and real estate sectors, as well as by government infrastructure projects. PT Holcim Indonesia Tbk has a 15.6% market share in the country. Production costs were affected by the rising price of fuel and raw materials, although increased use of alternative fuels, as well as production and cost efficiency measures helped to mitigate this.

Last year was Holcim’s centennial, and the company helped to celebrate this milestone with employees giving up 13 900 hours to work on volunteering projects, such as building roads and houses. A new campus was also opened in partnership with the Academy of Industrial Engineering in order to enhance engineering skills.

The company expects cement demand to continue to rise in 2013, although at a more moderate rate. Construction of a second kiln line at Tuban has commenced, which will increase the plant’s capacity by 1.7 million tpa to reach a total of 3.4 million tpa. The line is expected to be in operation by early 2015.

Read the article online at: https://www.worldcement.com/asia-pacific-rim/26022013/cement_holcim_indonesia_sales_increase_2012_results_890/

Semen Indonesia plans to construct a new cement plant in Java, while CMS discusses increasing its grinding capacity in Malaysia. 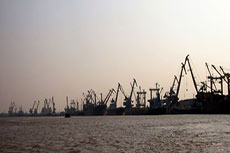 Due to reduced building activity, Holcim has picked up the pace of its Leadership Journey. 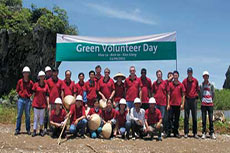