According to the latest report from Bloomberg, China’s southern province of Guangdong is planning to expand the number of industries to be included in its carbon-trading exchange. The move makes up part of a bid to integrate their regional trading program into planned national emissions exchange.

China Emissions Exchange has finished looking at the greenhouse gas emissions of six industries including cement ahead of possibly including the industries in the program.

Economic-planning authorities at both the provincial and national levels will determine the number of new industries and key emitters to be added. The exchange currently covers more than 180 companies in four industries including cement.

The additions would be a way of preparing ahead of the national carbon-trading program which the government said will cover eight sectors. China wants to start the national pollution-trading system in 2017 to cut global-warming emissions.

Read the article online at: https://www.worldcement.com/asia-pacific-rim/24022016/guangdong-plans-include-cement-carbon-exchange-564/

New research suggests that China may reach peak greenhouse gas emissions by 2025 or even earlier, which would increase global chances of keeping warming within the agreed limit.

The United Nations Environment Programme (UNEP) has released a report on China’s efforts towards greening its economy and industries, including the cement sector. 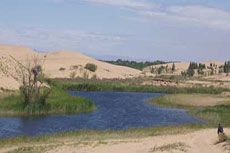 The European Investment Bank (EIB) has granted a €500 million loan to the People’s Republic of China (PRC) for projects supporting climate change mitigation.