Earlier in the year, cement companies in India forecast that demand would pick up in October of this year, having been somewhat sluggish in recent times. However, newspapers such as the Business Standard, the Economic Times and website Money Control are now reporting that the cement sector may not see a revival in demand until FY17. Infrastructure spending has not kicked in as hoped, though it is still on the cards.

India has the second biggest cement industry in the world, but there is significant surplus capacity. Capacity utilisation is estimated at 70 – 72%, meaning that almost 110 million t of capacity is unutilised. Business Standard reports that demand growth may not exceed 3% in FY16, which would be the worst growth rate thus far this century. In the first two months of this fiscal, growth was 1%, and this came off the back of about 2% growth in 2H15. Though analysts expect some initial signs of revival in the final quarter of this fiscal, it is unlikely to be enough to save the whole year.

In particular, north India is expected to suffer. Prices have already fallen to around 35% below their southern counterparts and in a recent report Ambit Capital suggested that there is limited scope for improvement this year, blaming weak government tendering.

Read the article online at: https://www.worldcement.com/asia-pacific-rim/23062015/indian-cement-industry-may-not-see-revival-until-fy17-57/

HeidelbergCement is reported to be interested in Jaiprakash Associates’ Sikandarabad cement plant, which has 1 million tpy of cement capacity.

Ambuja Cement is planning to train 18 000 masons and 15 000 contractors across India with certified construction courses by 2020. 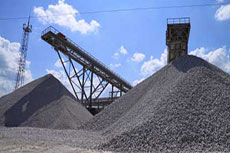 India’s ACC has been allowed to resume quarrying at its Bargarh plant following the renewal of the lease under the new Mines and Minerals (Development and Regulation) Act.