According to various media reports, Century Textiles is to merge its cement business with UltraTech Cement. Century is owned by Basant Kumar Birla and UltraTech by his grandson Kumar Mangalam Birla, who in recent years has been increasing his stake in Century Textiles, where he also has a seat on the board. The companies are reported to be in the final stages of a merger plan that values Century’s cement business at Rs.10 500 crore.

With the addition of Century’s capacity, UltraTech would have 87 million t of cement production capacity in India, putting it well on the way to its targeted 100 million t and making it a powerful competitor to the soon-to-be-combined entities of Lafarge and Holcim. It is thought that the Competition Commission of India may require some reorganisation of assets should the Century-UltraTech merger go ahead.

At one stage, UltraTech had considered making a bid for the assets being divested by Lafarge and Holcim as part of their global merger project, which would have meant an expansion overseas for the Indian company, but it withdrew in favour of concentrating on the domestic market. Also in the news at the moment is the proposed acquisition by UltraTech of the cement units of Jaiprakash Associates. The heavily indebted company will reportedly seek approval for the deal from shareholders and creditors next month.

Read the article online at: https://www.worldcement.com/asia-pacific-rim/22042015/century-textiles-to-merge-cement-business-with-ultratech-728/ 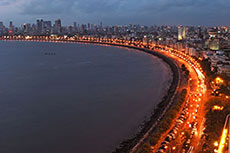 The Port of Mumbai Trust, India, will lease 2.5 hectares of land to UltraTech Cement Ltd for the construction of a cement terminal. 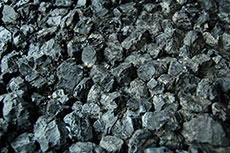 India’s UltraTech Cement has won the bid for Bicharpur coal block in Madhya Pradesh, which has reserves of more than 29 million t.

Both UltraTech and Sabanci have reportedly backed out of the binding bids for the assets of Lafarge and Holcim being divested as part of their mega merger.