At present, the cement market in vietnam is fairly gloomy, with companies being affected by cuts in public investment. However, Vinacomin Cement has operated successfully through the duration of this downturn, maintaining stable levels of cement consumption in the northern market through the first 6 months of 2015.

Vinacomin Cement is the flagship product in the development strategy of Viet Bac Mine Industry Corporation, a merged brand of three plants: La Hien, Quan Trieu and Tan Quang.

Vinacomin's cement plants, which have a combined capacity of approximately 3 million t, ran at full capacity over 1H15. Production at the Quan Trieu cement plant is up 16.5% from the same period in 2014, with the facility producing 334 000 t of cement and clinker in 1H15. Revenue for the company was also up 16% y/y.

Read the article online at: https://www.worldcement.com/asia-pacific-rim/21072015/vinacomin-cement-consumption-up-in-1h15-255/ 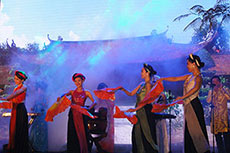 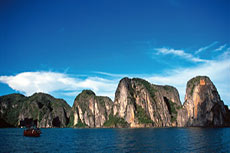 Vietnam’s Xuan Than Group has placed an order with FLSmidth for a complete cement plant, which will be the largest in Southeast Asia once completed.