Over 140 UN member states have agreed to a global treaty to reduce mercury emissions. The treaty, known as the Minamata Convention, will increase controls on products containing mercury, such as batteries, lamps and cosmetics; address the use of mercury in small-scale gold mining; target emissions from industrial plants, including cement plants, waste incineration and coal-fired power plants. In terms of the cement sector, the countries involved in the treaty have agreed to install best available technologies at new facilities, as well as introducing measures to reduce emissions at existing sites. Originally, limits were to be based on plant size or emission levels, but discussions regarding this have now been deferred until the first meeting after the treaty comes into force.

Negotiations on the treaty began at The United Nations Environment Programme (Unep) Governing Council session back in 2009, with the final talks taking place in Geneva on Friday. It will be signed in October at a meeting in Japan, and is expected to come into force in 3 – 5 years. Japan, Norway and Switzerland will provide funding to fast track the treaty. The Global Environment Facility is expected to offer support to developing countries.

Mercury and its compounds can cause a range of health problems, including kidney, digestive and neurological damage. The Minamata Convention also aims to improve medical training to help health professionals to identify and treat conditions caused by mercury.

Subscribers can read more about measuring mercury emissions in the January 2013 issue, in the article ‘Managing Mercury’ by Matthias Thilliander, Opsis, Sweden. You can access the issue by logging in here.

Read the article online at: https://www.worldcement.com/asia-pacific-rim/21012013/cement_mercury_emissions_environmental_regulations_un_174/ 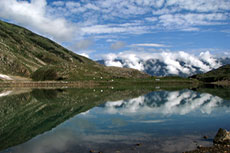 Rick Bohan and Andy O’Hare, Portland Cement Association, USA, discuss the amendments made to the standard’s rules for compliance over the last year. This is an abridged version of the full article, which appeared in the January 2013 issue of World Cement. Subscribers can view the full article by logging in.

The system will follow in the footsteps of the one at Lehigh Cupertino, with the possibility of reducing mercury emissions by up to 90%.