Indocement has confirmed that its domestic cement sales increased by 2.9% in 2014, while across Indonesia growth slowed to 3.3% from 5.5% in 2013. The company attributed its lower growth compared to the national level to the entry of new cement capacities and increased imports, leading to price pressure in the market.

In spite of these challenging conditions, the company increased net revenue by 7% to IDR19 996 billion. The addition of 1.9 million t of new milling capacity helped to company to increase its sales volumes.

Production costs increased due to the lack of electricity and fuel subsidy, while the weaker IDR also impacted the company’s financial results. About 50% of the company’s purchases are denominated in US$, which led to a cost increase since the IDR depreciated by approximately 12.5% in 2014. In order to mitigate the effects of a hike in costs, the company focused on further improving operational efficiency and strictly implementing cost-efficiency measures. Cement prices were also increased by about 4%, not fully offsetting the rising production costs.

Capital expenditures (Capex) for 2014 amounted to IDR3864.5 billion, up 75.7% y/y. The majority of this was expansion capex, with the Citeurup expansion project.

This year, Indocement expects domestic demand to grow, since the government is prioritising infrastructure spending. Indocement is preparing for the growth of infrastructure, residential and commercial developments by finalising the P14 brownfield expansion project at Citeurup, which has a capacity of 4.4 million t. This project will be ready by the end of the year. Indocement has also received the AMDAL certification for its plant in Pati, Central Java, which will have a projected capacity of 2.5 – 4 million tpy of cement. This plant is expected to be operational by 2020. Further projects are being explored outside of Java. 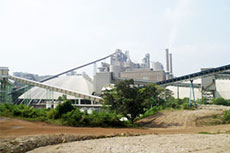 An excerpt from the Indocement plant tour at the Citeureup plant near Jakarta, which featured in the October issue of World Cement.

The incoming President’s policies on infrastructure development are set to boost cement demand. 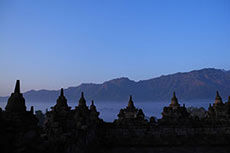