India’s Minister of Road Transport and Highways, Nitin Gadkari, has accused the cement industry of price cartelisation at an event organised by the Confederation of Indian Industry. Cement prices have increase by Rs.20 – 40 per bag over the last 4 months, bringing prices to Rs.300 – 350 per bag. The Minister warned cement manufacturers against ‘exaggerated exploitation’ in the name of earning profits.

India recently announced it would be building its roads with concrete rather than bitumen, which is good news for the cement industry. However, the Minister said that cement prices needed to be reduced in order to bring down the cost of the project.

In 2012, 11 cement companies were fined after they were found guilty of price fixing.

Meanwhile, Holcim and Lafarge are planning the merger of their Indian holdings, ACC, Ambuja Cements and Lafarge India. The plans are still in the early stage and the merger is yet to receive the approval of the Competition Commission, but should it reach fruition it would create India’s biggest cement producer, with 70 million t of cement production capacity.

Read the article online at: https://www.worldcement.com/asia-pacific-rim/19022015/indian-minister-accuses-cement-companies-of-price-cartelisation-366/

Grasim Industries Ltd’s Board of Directors has approved the proposed merger of Grasim and Aditya Birla Chemicals (India) Ltd (ABCIL), part of the Aditya Birla Group. 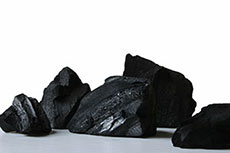 The India Cements Ltd reported a net loss of Rs.11.68 crore for the quarter ended 31 December 2014, compared to a profit of Rs.42 lakh recorded in the same quarter a year earlier.

According to ICRA research, the demand outlook for FY15 remains favourable and cement prices in India are expected to improve going forward.