JSW Group is reportedly planning to expand its current cement production capacity from 5 million tpy to 30 million tpy by setting up a number of cement grinding units in close proximity to its existing steel plants. The company is also looking into the production of aluminium, if the government allocates bauxite mines.

In an interview with Business Line, Seshagiri Rao, Joint Managing Director, JSW Steel, said the company’s plan is to become a significant player in the cement sector, with 30 million tpy of capacity by 2025. According to Rao, the company plans to use slag from its existing steel plants, such as the Dolvi facility in Maharashtra, for the new cement grinding units and would source clinker from the closest available location in order to remain competitive.

Meanwhile, UltraTech Cement Ltd has revealed plans for its next phase of greenfield expansion. Following the acquisition of two Jaypee Group plants, the company is planning to establish two greenfield grinding units in Bihar and West Bengal. According to O.P. Puranmalka, Managing Director of UltraTech, the expansion plans also include the construction of a bulk terminal in Maharashtra and an increase in production capacity at the company’s Rajasthan plant. The expansion plans are designed to strengthen UltraTech’s position in the Indian cement industry, while the bulk terminal will help cut transport and logistics costs.

In other news, Dalmia Cement (Bharat) Ltd has invested some Rs.2000 crore in expanding its business in the North East since 2012. Abhra Banerjee, Executive Director, Sales and Marketing at Dalmia Cement (Bharat) Ltd, told local press that the manufacturer currently operates three plants in the region, one in Meghalaya and two in Assam, and is planning to commission a 1 million tpy clinkerisation unit in Assam over the next two months. The company currently employs around 3000 people in the North East region; however, according to Banerjee, this number is likely to increase within the next few years.

Read the article online at: https://www.worldcement.com/asia-pacific-rim/19012015/india-investment-and-expansion-news-160/ 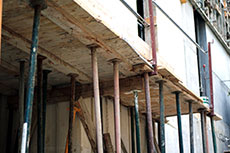 India Ratings & Research has predicted that a deceleration in the infrastructure and construction sectors is likely to pull down cement demand in India over the next financial year.

Assurances of a boost to Indian industry are being met with cautious optimism by producers.