Asia Cement (China) Holdings Corporation has reported its FY14 results, including a 12% increase in revenues to RMB8193.7 million. Though cement prices declined, the group was able to control costs to achieve stable earnings. Gross profit was up 18% at RMB1911.4 million and gross profit margin rose 1 percentage point to 23%.

Cement, clinker and slag sales increased 12% y/y to just under 30 million t. Of this, 22.93 million t was sold in central and downstream regions of the Yangtze River, up 7% y/y. In the southwestern region, sales volumes were up 33% at 7.05 million t. To cope with market competition created by a slowdown in the growth of demand, the group made adjustments to its sales strategies, focusing on the development of core markets, developing new markets with higher profitability, expanding the sales volumes of high grade and bulk cement and strengthening end-user management to increase market share. In addition, the group arranged the repair and maintenance of various kilns during the Chinese New Year holiday and during the low season in July and August. As a result, the operation efficiency of each plant was significantly enhanced. Meanwhile, Asia Cement (China) maintained its high environmental standards, gaining recognition from the government and specialised organisations.

Following the inauguration of Jiangxi Yadong No. 6 kiln, which clinker capacity of 6000 tpd, at the beginning of 2014, the Group acquired the entire equity interest in Sichuan Lanfeng Cement Co., Ltd. (with an annual cement capacity of 5 million t) in April. The aforesaid initiatives significantly improved the group’s market share in that region. The group thus became the largest cement producer in Chengdu in terms of market share, with an aggregate annual production capacity reaching 35 million t.

The Group’s silo in Taizhou, which has a total storage capacity of 70 000 t and annual cement intermediate storage capacity of 1.5 million t, will commence operation in the first quarter of 2015. The completion of the silo in Taizhou will increase the cost-efficiency in supplying products to the downstream region of the Yangtze River, thereby improving the Group’s competitiveness and ability to ensure sufficient supply. Meanwhile, Asia Cement (China) will take full advantage of the golden waterway along the Yangtze River and ship products with large vessels to reduce costs. It is planned that 6000-t river-sea vessels will be used to carry products to intermediate points and Shanghai and other coastal areas, while 35 000 – 50 000 t sea vessels will be used to transport products to overseas markets. These will create new distribution channels for the Group’s marketing network. With the extensive experience in cement export in Taiwan, a loyal and stable customer base, together with the prevailing favourable export price, the Group’s export to overseas markets in off season will not only effectively ease inventory pressure of different plants, but also create satisfactory economic benefits.

Looking at 2015, Mr Hsu Shu-tong, Chairman of Asia Cement (China), said: “Disparities between supply and demand in the cement industry will be further reduced. In 2014, the country eliminated obsolete production capacity of 81 million tonnes. It is expected that more than 50 million tonnes will be eliminated in 2015. With respect to new capacity, it is likely that there will not be any net increase. Besides, the central government will officially abolish 32.5 grade cement from December 2015, thereby accelerating the phase-out of substandard small grinding mills and increasing market concentration and hence further improving industry structure. The Ministry of Environmental Protection promulgated a series of new emission standards. Severe and stringent environmental protection law enforcement and rising environmental costs for cement enterprises will force certain enterprises out of the market. As the Company is principally engaged in the production and sale of premium high-grade cement, it will benefit greatly from the policies.”

He added: “China’s economy has entered a stage of new normal. The growth rate of cement demand will remain low. The National Development and Reform Commission in 2014 approved infrastructure projects worth of more than RMB1.5 trillion in railway, highway and aviation industries, construction of which will commence or reach its peak in 2015. The Ministry of Housing and Urban-Rural Development has set a target for building 7 million units of affordable housing in 2015. The government will also focus on implementing the major strategies including “One Belt and One Road” as well as “Yangtze River Economic Belt”, and continue to carry out rural development and new urbanization. With the elimination of obsolete capacity and increase in cement demand, the demand and supply of cement is expected to be balanced in 2015.”

In 2015, the Group plans to sell an aggregate of over 33 million t of cement, clinker and slag powder, representing a year-on-year increase of 10%. The Group hopes to achieve a total capacity of 40 million t in 2015, and the ultimate target of 50 million t in 2016, and to become one of the top 10 cement groups in China. 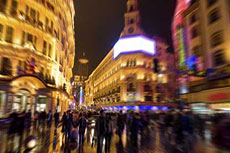 Asia Cement (China) Holdings Corp has reported increased revenue and profit for the nine months to 30 September as sales volumes grow by 16%.