HeidelbergCement has announced the commissioning of a new cement grinding facility at its Jhansi plant in Uttar Pradesh, India. This latest expansion takes the company’s Indian production capacity to almost 5 million tpa, as part of an Rs.14 000 crore expansion scheme.

Bringing this latest development on stream at the Jhansi plant has added 2.7 million tpa, an increase of more than 300% on its previous production capacity. CEO and MD of HeidelbergCement India, Ashish Guha, said, “This is the first move towards our expansion plans in Central India. With the commissioning of the new mill that has been funded through a mix of internal accruals and debts, the company has increased its all India cement capacity to 5 million tpa.”

The company is also currently working to increase the production capacity of its Damoh cement plant in Madhya Pradesh to 6 million tpa. It is expected that a commissioning date will be announced soon. “We expect cement consumption to grow at a relatively higher rate in the central region, and we stand committed to bettering prospects for our stakeholders,” Mr. Guha said.

Read the article online at: https://www.worldcement.com/asia-pacific-rim/17012013/new_cement_grinding_capacity_heidelbergcement_india_836/ 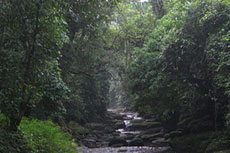 Inspections made by a Supreme Court team have revealed that the Meghalaya region’s cement plants may be in violation of Forest Conservation Act.