At the stakeholder consultation workshop organised by the Confederation of Indian Industry (CII) for the Ministry of Environment Forests and Climate Change (MoEFCC), India's Cement Manufactures’ Association (CMA), the apex cement industry body in the country, and the CSI joined to present the cement sector’s perspective on the development of Intended Nationally Determined Contributions (INDCs) for India.

The workshop included significant government representatives, such as:

2015 is particularly important because of the necessary and worldwide concurrence on climate change that is to be reached during the upcoming Conference of Parties (COP) in Paris this year. Mr. Ashok Lavasa stated that climate change is not all about international negotiations, but also about ensuring sustainability through judicial use of available resources.

Mr. Sanjay Jain, Assistant Executive Director-Dalmia Bharat Group expressed his thoughts on initiatives by Indian industry to address climate change: "Even though India is the second largest cement producer in the world, its specific carbon emissions are amongst the lowest and the industry is one of the most energy efficient globally." Mr. Ravi Shankar Prasad suggested that the various initiatives undertaken by Indian industry need to be documented and publicised to the global fraternity at the COP in Paris this year.

The Low Carbon Technology Roadmap developed by the CSI, together with its member companies in India and the International Energy Agency (IEA), with partial funding support from International Finance Corporation (IFC), was initiated by Ms. Esha Sar, Manager of CSI in India. Ms. Sar stated that there is a potential for a 45% reduction in direct CO2 emissions intensity in 2050 compared to 2010 levels, yet this would only be achievable with technology development, a supportive policy framework, and appropriate financial resources invested over the long term.

Improvements in the clinker factor, increase in the use of alternative fuels and raw materials and new technologies such as carbon capture storage and utilisation are the levers that have the maximum potential to aid carbon reductions according to Mr. Jain. Impactful projects aligned with national priorities can be framed under each of these areas and considered for Green Climate Fund support.

It was also mentioned that support for waste heat recovery projects, which are at present economically unviable due to high investment costs and lack of incentives, are a potential area for funding under the Green Climate Fund and a main lever.

Read the article online at: https://www.worldcement.com/asia-pacific-rim/16042015/shared-cement-industry-outlooks-indc-india-700/ 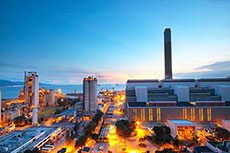 A round-up of this week’s cement industry news, from training and research to new contracts.

According to the IEA, global emissions of carbon dioxide from the energy sector stalled at 32.3 billion t in 2014, remaining in line with 2013. This is the first time in 40 years that an unchanged emissions figure has not coincided with a period of economic decline.

The rate of emissions growth is slowing and investment in renewables is growing, according to the Index published by Germanwatch and CAN Europe.