FLSmidth has signed a contract worth €53 million (DKK400 million) with Indian National Thermal Power Corporation Limited (NTPC) for the engineering, supply and construction of a coal handling system for their power plant. The plant is located at Rihand, Utter Pradesh in Northern India.

The coal handling system is part of an expansion of the 2000 MW power plant.

The scope of the supply includes a complete coal handling system to convey coal from the ground hopper to the stockpile and thereafter to the boiler bunkers inside the plant. Major equipment included is track hoppers, plough feeders, wagon tipplers, coal crushers, bucket wheel stacker and reclaimers, as well as a series of belt conveyor systems. The coal handling system can handle 1650 tph of coal.

"The Indian government's ambition to ensure power to all parts of the nation will in the coming years generate several large power projects in the country. FLSmidth's existing competencies and recent acquisitions within material handling and now a contract with India's largest power producer gives us a perfect position for further business - especially within material handling and ash handling technologies," Group CEO Jørgen Huno Rasmussen comments.

The order will contribute beneficially to FLSmidth's earnings until completion in early 2013.

Read the article online at: https://www.worldcement.com/asia-pacific-rim/16032010/flsmidth_receives_order_for_material_handling_project_in_india/

FLSmidth has received a contract from Fabrica De Cimento Do Kwanza-Sul SA, Angola, for the operation and maintenance of its 4200 tpd cement plant. 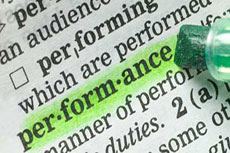 FLSmidth & Co. AS has reviewed and adopted its Annual Report for 2009, as well as offering predictions for the cement and minerals sectors over the coming year.

FLSmidth has received an order worth approximately €48 million (DKK 357 million) from HeidelbergCement India Limited for the supply of equipment to their Indian capacity expansion project.