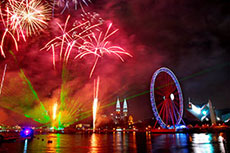 Asia Cement (China) Holdings Corporation has reported its financial results and sales data for the first quarter of 2015.

Beijing has closed the first of four large coal-fired power plants set to be retired as part of the city's attempts to cut air pollution.