Asia Cement (China) Holdings Corporation together with its subsidiaries reported unaudited consolidated revenue and profit of approximately RMB1601.4 million and RMB125.7 million respectively for the three months ended 31 March 2014, representing year-on-year increases of approximately 21% and approximately 1373%, respectively. The leap in the group’s earnings for the period was mainly attributable to an increase in average selling price of the company's products and a decrease in the cost of coal over the same period last year. Furthermore, reduction in the growth of new capacity significantly eased supply pressure compared to previous years. The overall market condition was much better than that of the same period in 2013.

During the period, the group sold a total of 5.29 million t of cement and clinker, representing a 2% increase y/y, while cement prices rose significantly. With a decrease in the cost of coal, the group’s gross profit increased by 165% to RMB385 million and gross profit margin was 24%, up by 13 percentage points from 1Q13.

Along with the implementation of new environmental standards in Mainland China, greater efforts to eliminate obsolete production capacity of the cement industry, escalation of the progress of agricultural modernisation, and gradual execution of measures of new-type urbanisation plan, Asia Cement (China) anticipates a 6 – 8% increase in cement demand in 2014 compared to last year.

As weather conditions improve, demand will rise and help quickly push up prices, which are expected to stabilise at high levels, as the effect of the State’s policy to address overcapacity will begin to be felt starting from the third quarter. In the fourth quarter, which is the traditional peak season, production and sales will flourish.

Mr Hsu Shu-tong, Chairman of the Company, said: “The Group will actively push ahead with various merger and acquisition and cooperation plans, and accelerate the construction of silos in Taizhou to ensure that they can be put into operation in the fourth quarter of 2014 as scheduled. In addition, the Group will consolidate existing sales channels and fully capitalise on its synergy to flexibly adjust raw materials and products among the relevant companies in the central and downstream regions of the Yangtze River.”

Sichuan Yadong Cement Co., Ltd, a non wholly-owned subsidiary of Asia Cement (China), and Sichuan Lanfeng signed the formal sale and purchase agreement in April and are expected to sign a handover agreement before the end of this month.

Read the article online at: https://www.worldcement.com/asia-pacific-rim/14052014/asia_cement_china_reports_huge_growth_in_revenue_profit_192/ 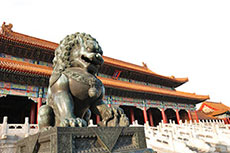 Cement production grew in March in China, but the coal industry continues to face obstacles as economic growth slows and the government tackles emissions levels.