In Adelaide Brighton Limited’s Preliminary Final Report released in February 2013, Adelaide Brighton referred to agreements executed with a major cement customer in Western Australia and South Australia for the supply of cement through to 31 December 2014 on similar terms and volumes to those previously in operation.

Due to the uncertainty regarding the time required to construct the facilities, the exact timing of the changes to the customer’s cement requirements are unknown at this time. If Adelaide Brighton lost all of the volume currently associated with the customer in South Australia from 1 January 2016, it is estimated that profit before tax would decline in 2016 by some AUS$15 million.

Adelaide Brighton remains the sole manufacturer of clinker in South Australia at its manufacturing facilities at Birkenhead. This provides the company with a highly competitive operation when compared to the cost of product imported from outside the state.

The Company has an unmatched network of import terminals around Australia, which provide an efficient and flexible supply chain into all major markets. Adelaide Brighton has a long-term consistent strategy of operational improvement, growth in the lime business and vertical integration into downstream markets.

Read the article online at: https://www.worldcement.com/asia-pacific-rim/14032014/adelaide_brighton_warns_of_changes_to_cement_supply_contract_899/ 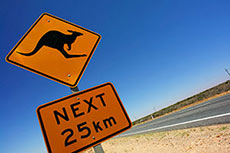 The Government of Timor-Leste has announced the establishment of a cement plant in Baucau, which will supply the domestic market and export to Australia.