Over the past weekend Beijing, China has experienced air pollution that far surpasses the levels considered hazardous by the World Health organisation (WHO). Dense smog has gathered around the capital and 30 other cities in the north of China, with the official People’s Daily calling it a "suffocating siege," and even the state-run China Daily saying that the country had to learn to balance development with quality of life. In some places, visibility has been reduced to 100 m.

While much of the criticism in the social media has been levelled at the number of vehicles on the capital’s roads, experts have predicted that it could take years to tackle the source of the smog, which is largely blown in from heavy industry in the surrounding provinces.

Official readings on Saturday 12 January suggested pollution levels of over 400 µg, 100 µg more than the level at which WHO guidelines suggest that children and the elderly should remain inside. However, an unofficial reading from a monitor at the US embassy recorded levels in excess of 800 µg. This is particularly concerning when one considers that WHO guidelines suggest that PM2.5 concentrations should be no more than 25 µg/m3, and any reading of above 100 µg is classified as ‘unhealthy’. Indeed, in this case, the Xinhua state news agency said there had been a sharp rise in people seeking treatment at Beijing hospitals for respiratory problems.

The build up of pollution has been put down to a lack of wind and a cold spell, rather than a surge in production of pollutants. This latest bout of extreme pollution seems to have been a wake up call for the nation’s press, with a China Daily editorial drawing attention to the fact that poor urban planning and increased car ownership has played its part. "The air quality in big cities could have been better had more attention been paid to the density of the high rises, had more trees been planted in proportion to the number of residential areas, and had the number of cars been strictly controlled,” said the editorial.

As the country delves into a period of further urbanisation, these problems will continue if they are not addressed. Naturally, the cement industry will play its part urbanisation, but it is also in a good position to lead the way in terms of pollution control. When FLSmidth solidified its place in the Chinese market with its acquisition of Chinese Sino Environment Engineering Development Co. Ltd (SEPEC), it noted that China represented half of the total world market for air pollution control equipment. Worldwide, emissions standards for cement production are becoming more and more strict, and while the environmental specifications of China’s 12th 5-year plan aren’t as strict as the latest US standards put in place by the finalisation of NESHAP, they do necessitate more advanced equipment for the control of pollution.

Careful emissions controls in the industries that drive urbanisation, as well as a more environmentally considerate approach to urban planning should combine to reduce air pollution. Urbanisation, it seems, is par for the course in China, but that need not mean dirty air and lower urban living standards.

Read the article online at: https://www.worldcement.com/asia-pacific-rim/14012013/china_air_pollution_urbanisation_cement_831/ 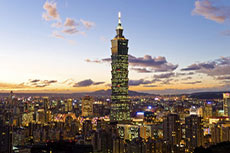 Shared technology development will be the cornerstone of the agreement, but combined capacity expansion projects will benefit Taiwan Cement’s mainland expansion.

The US Environmental Protection Agency (EPA) has completed its amendments to the National Emissions Standards for Hazardous Air Polloutants (NESHAP).

A quick roundup of cement action in China