China is continuing with its bid to reduce overcapacity in the cement industry. In July, the Ministry of Industry and Information Technology (MIIT) published a list of 527 cement plants that are to be shutdown. In a recent report on the topic of overcapacity in industry called ‘Trimming the Excess’ (BeijingReview.com.cn), the reporter spoke to Wang Yong, a researcher from CITIC Securities Co. Ltd, who said “Among all the problems the Chinese economy is facing, overcapacity is at the top,” adding that for some industries it is a serious problem that is eroding profitability.

Efforts to reduce overcapacity in the cement and other industries have been ongoing since 2003, but Wang says progress has been slow. The report shows how production in the cement industry has not slowed, growing from 800 million t in 2009 to 2.9 billion t by the end of 2012, with a 75% utilisation rate.

The overcapacity problem is not limited to the cement industry, but is a problem that ‘reflects the structural problems in China that emerged during its industrialization’, according to Wang. Zhang Qianrong from the Economic Forecast Department of the State Information Center adds that the market must decide resource allocation, which means preventing local governments wasting money on ‘blind investment projects’. “Letting the market play its role and leaving the government to build and protect market rules will create an environment for fair competition, trim overcapacity and advance the upgrading of the country’s industrial infrastructure,” Zhang said, adding that different approaches will work for different types of overcapacity. Outdated plants, for example, could be shut down according to state regulations and not be allowed to restart if market demand rises.

According to Lu Zhengwei, chief economist with Industrial Bank Co. Ltd., the new Chinese government is changing tack, opting for economic growth via quality production rather than ‘speed and scale’, which may stymie growth in the manufacturing industries. Lu agrees with Zhang that the market must play its part, saying: “Without involving the market, we don’t see a decrease in capacity. The ultimate way to eliminate outdated capacity is to let the market do its job.”

Abridged from the report by Katherine Guenioui

Read the article online at: https://www.worldcement.com/asia-pacific-rim/12082013/china_attempts_to_control_overcapacity_102/

Contract and environmental news from China.

Data from the 2011 Getting the Numbers Right programme shows improved performance. 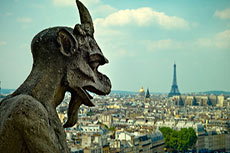 To mark its bicentenary in 2012, Fives asked the people of France about their feelings on the subject of industry and industrial plants. The Group has followed this up by conducting the same survey in China and the US.