According to the latest report from Bloomberg, China Shanshui Cement Group has announced that interest on its 2017 notes cannot be distributed to bondholders because of the lack of a company seal. This highlights the challenges facing investors trying to get paid after a series of domestic bond defaults since November 2015.

While the company has already remitted 74.4 million yuan of interest due 12 May on the 6.2% 1.2 billion yuan note maturing in 2017 to the bank account designated by China’s interbank clearing house, the money could not be distributed because the company doesn’t have the seal of its main operating subsidiary Shandong Shanshui Cement Group Ltd.

This latest announcement represents another chapter in China Shanshui’s difficulties taking control of the cement maker’s mainland operations from founder Zhang Caikui via a hostile takeover.

China Shanshui said in January that it has obtained all seals except the one at Shandong Shanshui. Chinese companies need seals to institute management changes so they can be registered with the government.

Read the article online at: https://www.worldcement.com/asia-pacific-rim/12052016/china-shanshui-cannot-pay-bond-94/

China Shanshui’s dollar bonds due for repayment in 2020 rose after the cement maker announced that it would repay them early. 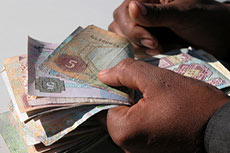 The Tianrui Group has announced that it will provide funds to redeem a US$500 million global bond.

The company has announced it hasn’t been able to find financing to repay RMB2 billion in onshore debt and will therefore default on the loan and its 2020 dollar securities. 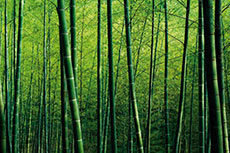