Cement sales contracted by around 0.4% y/y to 4.52 million t in Indonesia in April 2014. Sales declined in Sumatra, Kalimantan, Sulawesi, Bali and Nusa Tenggara, however they increased in Java. In 1Q14, cement sales rose by 3.7% to approximately 14 million t.

The overall fall in sales in April has been attributed to the legislative election at the beginning of the month and the fact that a number of infrastructure projects are still in the tender stage so have not yet driven cement demand. The Presidential election in July may also lead to a slowdown in cement sales, but aside from this growth is expected to pick up as of May 2014.

In May, the central government plans to lower energy subsidies, resulting in higher electricity costs. According to the Indonesian Cement Association, this will cause cement production costs to rise by 3 – 5% and force the country’s cement sector to enhance its energy efficiency. The government is currently considering a proposal to offset the higher energy prices with fiscal incentives.

Read the article online at: https://www.worldcement.com/asia-pacific-rim/12052014/cement_sales_decline_slightly_in_indonesia_in_april_2014_175/ 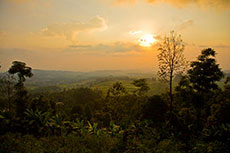 CNBM has announced that two projects it was working on have successfully started up, including a 750 000 tpa cement grinding station in Indonesia and a new 3300 tpd line in Iraq.

According to data released by the Indonesian Cement Association, cement demand in Indonesia grew by only 3.7% in 1Q14, compared to 8.6% growth in 1Q13.

The Indonesian cement company saw cost pressures from the depreciation of the Rupiah and increased logistics costs, but improved sales volumes and prices kept revenues up.