Thai cement giant Siam Cement Pcl has revealed plans to boost capacity at home and abroad as it taps into strong demand from the rapidly growing Southeast Asia region. The company’s Chief Executive, Kan Trakulhoon, told Reuters: “The higher target is to reflect higher revenue from our building material business…” adding that the company has received a license to build a cement plant and a small power plant in Myanmar at an estimated investment of US$400 million. The plant will be located southeast of Yangon and will produce 1.8 million tpa once operations begin in 2016.

Though growth in the company’s southeast Asian markets outside Thailand – including Indonesia, Vietnam, Myanmar and Cambodia – is expected to outperform that of the company’s home market, Siam Cement plans to raise production in Thailand by 10% over the next few years. The company’s current capacity in Thailand is 23 million t, of which 5 million t is exported. Strong local demand has prompted the company to reduce exports. Meanwhile, new plants are due to start up in Indonesia and Cambodia in 2015. Currently, almost half of the company’s overseas revenues come from Indonesia.

Across the sea in Indonesia, figures from the Indonesian Cement Association (ASI) indicated that industry-wide sales rose by 9.2% y/y in June to 4.9 million t. This significantly outpaced sales in May, which saw growth of just 2.1%. In all, sales for the January to June period grew at half the pace experienced in 2012, which is attributed to a slowdown in investment and a slump in government investment.

Also causing concern is the increase in the price of subsidised fuel, which the government announced last month. The average 33% price rise will impact input costs and is expected to affect cement demand from August onwards.

San Miguel Corp (SMC) plans to expand its interests in cement by increasing its stake in Northern Cement Corp from 35% to 60%. This will be in addition to the group’s existing 4 million tpa Eagle Cement business, which is 100% owned by SMC. The Group hopes to increase its total cement capacity to 10 million t in the next 2 – 3 years. Northern Cement currently has a 1 million tpa plant and plans to add two plants of 2 million tpa in Quezon province and Cebu at an investment of US$200 – 250 million each.

Read the article online at: https://www.worldcement.com/asia-pacific-rim/11072013/expansion_across_southeast_asia_47/ 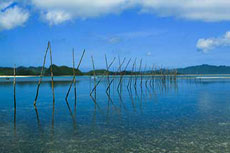 Cement manufacturers in the Philippines are getting to grips with sustainability, having initiated alternative fuels and waste water management projects. 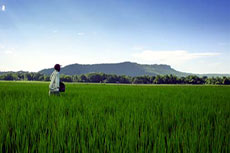 The Philippines’ San Miguel Corp. has acquired a 35% stake in Northern Cement Corp.