Australia’s Boral Limited has reported a 23% increase in profit after tax (before significant items) for the half year ending 31 December 2014 at AUS$112 million. After significant items, net profit after tax was AUS$105 million. Sales revenue for the 6-month period was AUS$2.28 billion, 21% below the previous year, which reflects the impact of a full 6 months of equity accounting in the Gypsum division following the formation of the USG Boral JV in March 2014. EBIT before significant items was steady y/y at AUS$167 million. Foreign exchange effects contributed to an increase in net debt of AUS$169 million to AUS$887 million.

“Over the past two years, we have significantly reduced the cost base of our businesses and we are continuing to strengthen Boral’s competitiveness and financial position through portfolio realignment and improvement initiatives, including the announced sale of our Melbourne Western Landfill business to TPI and the formation of the CSR Boral east coast bricks joint venture, both of which we expect to complete later this financial year,” he said.

“The restructuring and streamlining of Boral’s businesses that has been taking place is enabling them to be more responsive to market changes, with the half year result demonstrating an ability to leverage growth in housing markets as well as an ability to realign activities as market activity slowed in roads and infrastructure market segments.

“Boral’s largest division – Construction Materials & Cement – contributed a substantial AUS$150 million of EBIT in the six months. This was marginally lower than last year but with a heavily rain-impacted start this year and with a slowdown in roads and infrastructure work, the business has done well to fill a large part of the EBIT gap with cost reduction and improvement initiatives. Increased housing activity, strength in the Sydney market and continuing major projects also underpinned the result.

“Boral’s smaller Building Products division delivered AUS$14 million of EBIT, which was a substantial AUS$9 million ahead of the first half result last year. This continued turnaround from reported losses in FY2013 reflects a marked improvement in operational performance together with stronger housing demand, which is supporting volume and price gains.

“In the US, Boral benefited from the steady improvement in housing activity, with housing starts up 10% year-on-year in the first half to an annualised rate of just over 1 million starts. Boral USA delivered a positive AUS$12 million of EBITDA. The EBIT loss of AUS$8 million from the USA was a significant AUS$22 million step change improvement in first half EBIT. This result not only reflects the ongoing recovery in activity, but also the benefits delivered from business improvement initiatives undertaken late last year.

“The USG Boral gypsum joint venture delivered a 27% lift in underlying EBIT to AUS$70 million for the half year, resulting in a post-tax profit contribution of AUS$24 million for Boral. A strong improvement in Australia was delivered as well as solid growth across key Asian businesses. Our roll-out of world-leading gypsum technologies across USG Boral is ahead of schedule and within budget, and there is early traction around product acceptance and price premiums.”

Boral expects improved earnings in Construction Materials & Cement in FY15. The second half is traditionally weaker than the first due to seasonal effects, but is expected to be in line with 2H14. The Building Products division is anticipated to deliver y/y improvements with volume and pricing gains. Boral Gypsum is expected to perform well, but will contribute lower earnings relative to FY14 due to the formation of the JV. In the US, Boral USA hopes to eliminate losses and deliver a broadly break-even result, assuming a stronger 4Q15.

“The Fix phase of Boral’s Fix, Execute, Transform program is now well-advanced, resulting in a significantly improved cost base, a strong balance sheet and strengthening margins and return on funds employed. We are now moving firmly into the Execute and Transform phases of the program, which will help deliver further improvements and more sustainable returns,” concluded Mr Kane.

Read the article online at: https://www.worldcement.com/asia-pacific-rim/11022015/boral-limited-reports-1h15-results-313/ 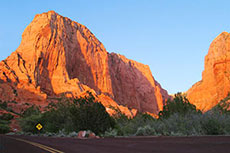 The national construction industry remained in contraction in January, according to the latest Australian Industry Group/Housing Industry Association Australian Performance of Construction Index.

The Australian government will provide AUS$25 million in funding to the Cooperative Research Centre for Greenhouse Gas Technologies, which is running a carbon capture and storage project at its Otway site in Victoria.

Boral reports underlying improvements in its Construction Materials and Cement division, with an EBIT contribution of AUS$277 million.