Lafarge India has recently commissioned a second clinker line at its existing Sonadih cement plant located at Balodabazar in Raipur district. The new unit will have a capacity 1.6 million tpa of clinker and will more than double production at the plant, which currently stands at 1.4 milion tpa.

Overall, Lafarge India currently produces 6.5 million tpa of cement from its four cement plants – two cement plants in Chhattisgarh and two grinding plants, one in Jharkhand and one in Mejia, West Bengal. It also has a gypsum plasterboard plant near Khuskhera, Rajasthan with a capacity of 10 million m2/year.

The commissioning of the new clinker line at the Sonadih plant and completion of the on-going expansion at the Jojobera plant in Jharkhand will push the company’s overall capacity to 7.5 million tpa, and are important steps in the company's strategy to develop its cement business in the emerging markets, of which India is a key player. To date, the company has invested some US$ 800 million in the country and its Indian operations currently contribute about 2% to its global revenues.

The additional material produced at the Sonadih plant will cater to the requirements of both the Sonadih (Chhattisgarh) and Jharkhand plants, and will help to increase overall cement production capacity in future.

At the recent inauguration of the clinker line, Lafarge Chairman and CEO, Mr Bruno Lafont told the media, 'We see consolidation happening (in the cement industry) in India in the mid-term period. We are confident of our ability to deliver our investments in India and are open to seizing new opportunities, be it consolidation or greenfield projects.'

According to the Chairman, Lafarge plans to double its presence in the country in the mid-term and is prepared for that. The company is currently evaluating four greenfield cement projects in Karnataka, Rajasthan, Meghalaya and Himachal Pradesh. Of the four locations, the Rajasthan venture will be spread over 1000 acres and will likely be the first to materialise.

According to Lafont, India consumes less cement per capita than the rest of the world, but it has huge potential because it will grow more than the rest of the world, commenting, 'in a fast growing market like India, there will always be an imbalance. We should avoid structural over capacity. But if the country witnesses continuous growth, it will be corrected on time'.

Read the article online at: https://www.worldcement.com/asia-pacific-rim/11012010/lafarge_active_in_india/ 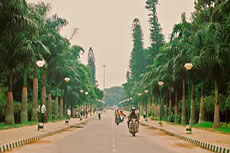 A quick-fire look at activity in India’s cement industry in November 2009. 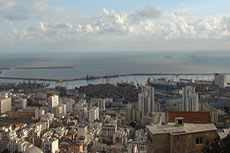 According to reports, the Algerian government is planning to consolidate its state-owned cement plants to form a company that will challenge Lafarge for a greater share of the Algerian market. 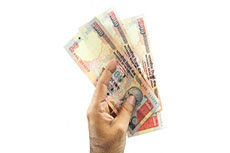 Indian cement companies are once again making headlines, as expansion projects are revealed, fundraising is announced and mergers are confirmed.

Together with Bouygues Construction, Lafarge has developed and tested the first new product of the range: Thermedia 0.6 B. The product has already been used in several social housing sites, with great success.