Local press reports have reported that Pakistan’s Lucky Cement has plans in the pipeline to build a cement grinding plant with a capacity of 500 000 tpa in Sri Lanka. It is estimated that the project will run to a total of US$20 million, and Lucky Cement CEO, Muhammad Ali Tabba, has said that the company is seeking to situate the plant on state land. This follows the news that another Pakistani company, Thatta Cement has been given a concession to build a grinding plant in Sri Lanka's Hambantota port.

Lucky Cement has recently announced mid-long term plans to double its overall production over the next 7 years. Overseas projects will play a large part in this drive towards an output of 15 million tpa, and this not insignificant addition in Sri Lanka marks a firm foot forward. As well as a 1.2 million tpa plant in the Democratic Republic of Congo that should begin its operations within the next few months, Lucky Cement is also planning the construction of a plant in Iraq next year.

Read the article online at: https://www.worldcement.com/asia-pacific-rim/10122012/pakistan_lucky_cement_plans_sri_lanka_market_entrance_781/

A note delivered to the Karachi Stock Exchange has laid out the details of plans for the company’s growth and diversification.

Domestic cement sales increased by 7% y/y, while exports fell by 4%. 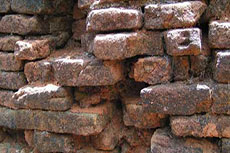