Having sold a total of 21.31 million t of cement over the 9 months across its subsidiaries, the Group achieved a 16% growth in sales volumes and gross profit of RMB1328 million, a y/y increase of 47%.

Mr Hsu Shu-tong, Chairman of Asia Cement (China), said: “In the third quarter of 2014, the macro economy continued to remain stable, but the growth rate of fixed assets investment declined, while the property market stayed depressed. The growth rate of cement demand hit its lowest level in 10 years. All these combined with high temperature and rains posed severe challenges to demand. Faced with a transforming operating environment, the Group proactively coped with its challenges. Through further market segmentation, the Group adopted marketing strategy targeted according to different competitive situations in different markets, and strengthened control of end-user distribution channel, to increase its share in core markets.

Meanwhile, the Group steadily promoted measures to lower production and logistics costs so as to improve its overall competitiveness.”

For the remainder of the year, Mr Hsu is expecting further cement demand growth as the industry enters its traditional peak season. He said: “The Ministry of Industry and Information Technology announced that the elimination of over 82 million tonnes of obsolete production capacities will be completed before the end of the year. The figure represented an increase of over 30 million tonnes from the original target of 50.50 million tonnes, thereby improving the industry’s supply-demand relationship.”

Read the article online at: https://www.worldcement.com/asia-pacific-rim/10112014/asia-cement-china-performs-well-in-challenging-environment-826/

The National Bureau of Statistics of China has revealed that cement production decreased by 2.2% y/y to 224.15 million t in September 2014. 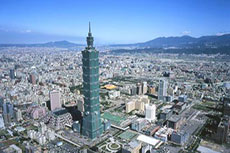 Taiwan Cement has hiked prices in Guangdong province, China, on the back of rising demand from infrastructure projects.

Shixiang (Danny) Chen, AVIC International, China, provides a personal perspective on the merging of Chinese and European business cultures during the execution of an international 5000 tpd cement project.