Italcementi’s Zuari Cement has launched an autoclaved aerated concrete block, called Suari Superlite, which has become India’s first green product to be certified by CII’s Indian Green Building Council. The block is made with 70% flyash. The company has reportedly also announced that it will add another million tonnes of capacity to its existing 6 million t by the end of the year through a new site in Sholapur.

Niraj Cement Structurals has secured the order for the highway widening project from Odisha PWD. The project will widen and strengthen the Banigoccha Madhapur-Khajuriapad-Phulbani-Sarangada road from 142/800 km to 149/900 km and 154/000 km to 163/000 km and the Nuntikiri Barapada Road from 0.0 km to 9.25 km. The total project cost is Rs.458.1 million.

Chettinad Cement has denied claims that it owes huge sums in overdue sales tax. The Chettinad group’s offices were reportedly raided by Income Tax officials following the accusation, which was made by group Chairman MAM Ramaswamy against his adopted son MAMR Muthaiah Ayyappan, who runs Cheetinad Cement.

Read the article online at: https://www.worldcement.com/asia-pacific-rim/10062015/indian-cement-industry-newsbytes-984/

HeidelbergCement has announced that it would increase its dividend payout ratio and consider share buybacks.

IFC proposes to part-finance the project taken on by Sagar Cements, which is in the process of acquiring BBM Cements and turning its performance around. 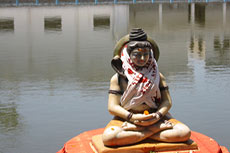 A report from India’s Economic Times puts CRH, Blackstone and Heidelberg in the running for Lafarge India assets. 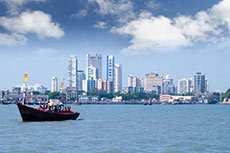