India’s Reliance Infrastructure is selling its cement business. Reliance Cement, which was launched in 2007, has mandated Morgan Stanley and SBI Caps to find buyers for the business, according to reports. An enterprise value of Rs.5500 – 6000 is expected, though some have suggested this valuation could be too high given the amount of M&A activity in the cement industry at the moment.

Reliance Cement, which had planned a series of expansions over the coming years, currently has an installed capacity of 5.8 million tpy of cement across three units. The company also has limestone mining permits in six states. The sale is being made to bring down debt.

Feelers have reportedly gone out to the major multinationals Cemex, CRH and Vicat, as well as Dangote. Local players such as Shree Cement, Emami and Dalmia Cements have also been approached, though Shree Cement told the Economic Times that it was not interested in picking up any Reliance Cement assets. Private Equity groups are also likely to be approached.

Read the article online at: https://www.worldcement.com/asia-pacific-rim/09102015/reliance-cement-for-sale-741/ 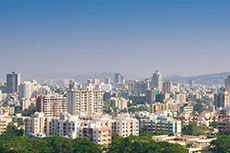 India's CREDAI has filed a complaint with the CCI against cement manufacturers in India.

According to reports, the Aditya Birla-owned company is in talks to buy Jaiprakash Associates’ Bhilai cement plant.

The drop in profit is attributed to losses in the Indian company’s cement and Mumbai metro businesses.

India’s Reliance Infrastructure Limited has released its consolidated results for the year and quarter ending 31 March 2015.