Holcim Philippines has reported positive results for 1Q13. Revenues increased to Php7.16 billion while net income came in at Php1.43 billion. The results were boosted by cost management initiatives and sustained production efficiencies.

Demand for cement in the country rose by 3.4% as growth slowed compared to last year’s record volumes. According to Holcim Philippines CEO Ed Sahagun, bulk cement volumes have been increasing gradually. Although sales were impacted by heavy rainfall in January and February in Mindanao, demand was solid in Luzon. Sahagun has predicted that cement demand will grow at a faster pace over the next few months, spurred on by Public-Private Partnership projects and increased construction activity as the weather improves. The Philippines has also received credit rating upgrades, which are likely to encourage FDI thereby stimulating the construction industry and demand for cement.

In order to meet rising demand, Holicm Philippines plans to revive its grinding facility in Mabini, Batangas, in 3Q13.

“Our positive financial performance in the first quarter shows the continued demand growth felt by the industry, albeit at a slower pace, and the recovery of prices. Aside from this, the improved efficiency of our plants and the organization’s commitment to keep costs in check were also factors in our good performance,” said Sahagun.

Read the article online at: https://www.worldcement.com/asia-pacific-rim/09052013/holcim_philippines_1q_results_cement_974/

Total sales volumes of cement, aggregates, asphalt and concrete fell in 1Q13 for Holcim, although net income was up by 164.1% y/y. 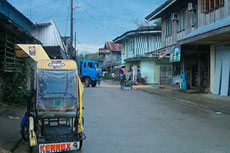 Lafarge Republic Inc. is undertaking capacity expansion projects across the country in response to increased demand.