China has issued an emergency decree ordering regulatory officials to stop the country’s cement and plate glass sectors from adding new capacity, according to the Xinhua News Agency.

The emergency decree was issued by the Ministry of Industry and Information Technology (MIIT), ordering industrial regulatory departments across China not to approve any new projects in these two sectors “for any reason”.

According to Reuters, China’s State Council made a similar decree in October 2013, in which it mandated a freeze on the cement and glass industries. However, regional governments have ignored or tried to evade the freezes, and in some cases new projects have been approved or come online.

“Total industrial capacity in cement and plate glass is still growing, but the industry-wide sales rate is in decline and accounts receivable are increasing,” the MIIT statement said.

Cement output increased 3.6% in 1H14, the statement added, while plate glass capacity increased 4.7%. The cement and glass sectors have seen profits grow by 52% and 24%, respectively, in the same period.

Read the article online at: https://www.worldcement.com/asia-pacific-rim/08082014/chinese-industrial-regulator-issues-emergency-cement-decree-265/ 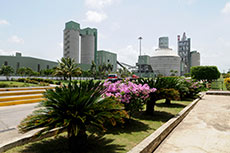