Cemex has announced that, in line with its current initiatives of enhancing financial flexibility and reducing risk, is has obtained the required consents to amend its facilities agreement dated 29 September 2014, as amended and restated (the ‘Credit Agreement’), in order to delay the scheduled tightening in its consolidated financial leverage and coverage ratio limits by one year. The amendment’s formalisation is subject to customary conditions and is expected to be finalised in the following days. Pursuant to the amendment, the leverage ratio covenant in the Credit Agreement will remain at 6.0 times until and including 31 March 2017. It will gradually decline to 4.0 times by 30 June 2020. The margin grid in the Credit Agreement will be modified such that if the consolidated leverage ratio is greater than 5.50 times in the reference periods ending 31 December 2016, 31 March 2017, 30 June 2017 and 30 September 2017, the applicable margin will be 425 bps instead of 400 bps. All other levels in the margin grid remain unchanged.

The Credit Agreement will also be amended to allow Cemex the right to sell a minority stake in a subsidiary that directly and indirectly mainly owns Cemex’s cement manufacturing assets in the Philippines. This is subject to meeting local requirements in the Philippines.

"The amendment underscores the recognition given to CEMEX's business and financial strategy by its core banks," said Jose Antonio Gonzalez, CEMEX’s Chief Financial Officer. “We are pleased by their continued support and we remain committed to our stated targets of enhancing free cash flow, asset disposals and debt reduction, which should contribute to our objective of receiving an investment grade credit rating.”

Read the article online at: https://www.worldcement.com/asia-pacific-rim/08032016/cemex-to-amend-its-facilities-agreement-642/ 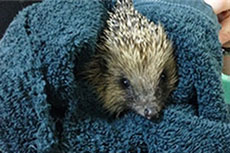 The baby hedgehog is being cared for by the Harper Asprey Wildlife Rescue charity, an animal rescue centre in Surrey. 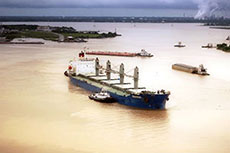 Cemex recently contributed to the reinforcement of the Houston Ship Channel. 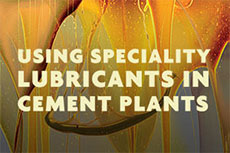 Cemex Egypt has made an additional donation to the United Nations World Food Programme (WFP), which will provide food rations to school children and their families in deprived areas in Upper Egypt.