Al-Mohsen Engineering Co, Qatar, is one of the country’s leading specialists for the supply of aggregates to major construction companies currently involved in Qatar’s many infrastructure projects. 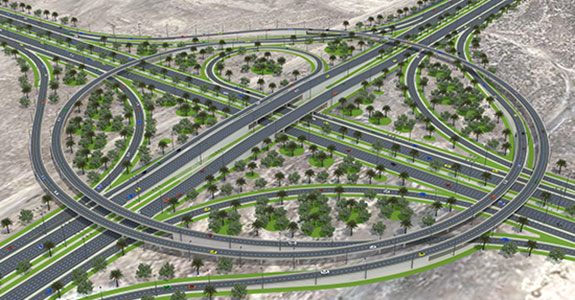 As their customers’ demand for quality aggregates has increased, Al-Mohsen has taken delivery of two further Trakpactor 500 and a Trakpactor 320 impactor, two Chieftain 2100X screens and a Warrior 2100 heavy duty-scalping screen.

Al-Mohsen has provided materials to the J&P Group construction company for use in their ongoing Orbital Highway & Truck Road project which is expected to reach completion in 2017. The Orbital Road project will create a vital North – South connection which bypasses Doha City; thus reducing traffic and congestion within the Qatari capital. The J&P Group are responsible for the design and construction of 45km and eight lanes of road network including four major interchanges and all related overpass/underpass structures.

The feed material for the machines is excavated limestone boulders which are transported from Lusail (north-east of Doha) to the road construction site where Al-Mohsen’s Powerscreen plant is working for 20 hours daily. The Powerscreen machines are configured to deliver aggregates of 0-70mm and 0-50mm, and the plant reaches 7000 tpd of crushed and screened material.

Read the article online at: https://www.worldcement.com/asia-pacific-rim/07102015/mohsen-engineering-invests-powerscreen-equipment-730/ 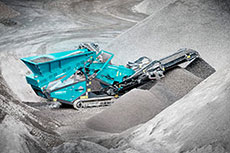 Powerscreen will officially launch the Powerscreen® Warrior™ 600 screen at Intermat in April.

Powerscreen will present a working display, including its new jaw crusher, cone crusher and heavy duty screen, at Germany’s Steinexpo in September.

Bahrain’s Minister of Industry and Commerce met with the CEO of Al Sager Cement Factory to learn about the company’s expansion plans and express continued support for private sector development.

In line with increasing demand in the country, Powerscreen has appointed SIF Is Makinalari to distribute the company’s mobile crushing and screening equipment in Turkey.