The Indian cement market is expected to achieve a compound annual growth rate of 8.96% during the 2014 – 2019 period, according to a recent report published by business intelligence and market research company Infiniti Research. The report, entitled ‘Cement Market in India 2015 – 2019’, conducts an in-depth analysis of the impact of market drivers, challenges and trends in the Indian cement industry.

The Indian cement industry is currently in a turnaround phase, focusing on achieving global standards in production, safety, and energy efficiency. According to the report, plants have already begun utilising new technology, and developing their capacities and product ranges. This, along with the growth of the housing sector, is expected to drive the cement market throughout the coming years.

The report also notes that cement manufacturers throughout the country have started paying special attention toward ensuring safety standards at cement plants and mines, and this is also set to drive growth in the industry. Employers are focusing on improving safety standards and the general working environment. Furthermore, at grassroots level, companies are taking it upon themselves to train workers to avoid injuries, as well as respond suitably to accidents onsite.

New analysis by CPI demonstrates that, with the right policies, India’s transition to a low carbon energy system could free up significant financial capacity over the next 20 years. 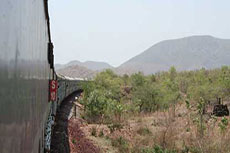