Indonesia’s Semen Gresik, part of Semen Indonesia, held a customer gathering in West Java last month to build relations with its distributors. The company welcomed 1500 people to the gathering, where awards were given in categories including ‘best shop’ and ‘best sales’.

Semen Gresik achieved sales of 915 828 t in the West Java region in 1H15, which is a 5.7% decline y/y. This is attributed to a lack of demand due to a sluggish national economy and the delay in the government’s infrastructure development programme, as well as market competition.

The company hopes that these conditions will not last long and that consumption will rise in the next year. However, the start-up of a new plant in the region will bring greater competition. The company aims to maintain its 22.8% market share in West Java.

Read the article online at: https://www.worldcement.com/asia-pacific-rim/05082015/semen-gresik-holds-customer-day-274/

Semen Indonesia has held a celebration to mark the completion of reforestation at one of its sites.

Semen Indonesia, which is reported to have approval to build a 1 million tpy cement plant in Jayapura, held a gathering for customers in East Java. 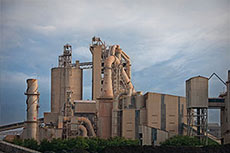 The new government has declared a price cut on state-owned cement producers, causing other manufacturers to follow suit.