China Knowledge reports that West China Cement Ltd, based in Shaanxi Province, plans to set up a JV to obtain exploration rights on a limestone mine in Ankang, Shaanxi Province, for a consideration of about RMB 50 million. Jianghua Cement, also based in Shaanxi Province, is to launch the JV with a registered capital of RMB 150 million to complete the acquisition. West China Cement will hold an 80% stake with an investment of RMB 220 million, including RMB 120 million for registered capital, while Jianghua Cement will have the remaining 20% stake. In December 2010, West China Cement secured a loan worth US$85 million from ICBC International, a wholly owned subsidiary of Industrial and Commercial Bank of China.

Last month the Sinoma Group unveiled a plan in which the Group is aiming to earn more than RMB 150 billion in operating revenue in 2015. In that year the Group’s gross profits are expected to exceed RMB 15 billion, and it hopes to have over RMB 150 billion in total assets at the end of the same year. At present, the Group has an output capacity of 70.5 million tpa of cement and 9 million m3 of concrete, and by the end of 2010 it was expected to have added a further 28.5 million t. It also had anticipated that it would have reduced coal consumption by 80 000 t and CO2 emissions by 200 000 t.

Read the article online at: https://www.worldcement.com/asia-pacific-rim/05012011/cement_acquisistion_and_sales_news_from_china-/ 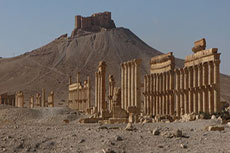 China Sinoma International Engineering’s subsidiary Sinoma (Suzhou) Construction Co., Ltd has signed a contract, worth US$ 112.5 million for a cement plant in Iraq. 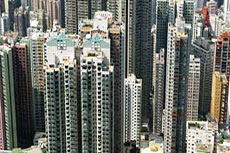 China Resources Cement Holdings has announced that it will acquire cement and concrete operations in Guangzhou and Hong Kong.

At the start of this year two Chinese cement producers revealed their latest acquisitions.