Cement dispatches in Pakistan fell during August 2013 due to slow demand during the holiday season and amid poor weather conditions. Cement dispatches fell 7% y/y to 2.15 million t from 2.2 million t in August 2012. Month-on-month, the decline looks to be around 17% according to figures from Arif Habib Limited.

Domestic sales experienced a 19% drop from July, while exports fell 13%. In addition to the Eid holiday and the rainy season, another contributing factor appears to be pre-buying in June as customers anticipated a price hike brought on by higher taxation. In spite of this, however, Attock Cement Pakistan Limited posted a 19% monthly growth thanks to improved exports, and Kohat Cement Company Limited saw a 20% increase y/y thanks to better domestic demand.

Meanwhile, as the debate over energy tariffs continues, reports suggest that the impact of higher input costs is not likely to impact cement prices just yet. Though prices have risen to Rs.502 per 50 kg bag since the budget was announced, this covers increased costs related to taxes and transportation. As reported yesterday, there is some fear that disproportionate increases in energy tariffs for gas and electricity could lead to a price war among Pakistan’s cement producers. However, analysts seem generally to consider the probability of this unlikely, though it has not been entirely ruled out.

Read the article online at: https://www.worldcement.com/asia-pacific-rim/04092013/pakistan_cement_dispatches_fall_august_2013_148/ 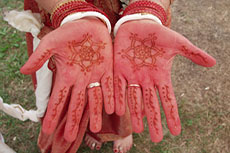 Paul Maxwell-Cook provides a brief summary of the cement industry in the region.