Pakistan’s Fauji Cement has reported its financial results for the 2015 financial year (FY15), including a 56.75% increase in profit after tax to Rs.4.1 billion. Revenue was up 6.3% to Rs.18.6 billion. The growth in margins is attributed to lower coal and power costs and the start-up of its waste heat recovery plant.

Sales were up 18% in the final quarter compared to the previous quarter. Cement demand in Pakistan has been on the increase this year, though exports have been disappointing.

Elsewhere in Pakistan, Lucky Cement is reportedly close to winning a permit for limestone extraction in Punjab province. The company is said to be making the most of increased domestic demand and expanding its presence in Pakistan.

Read the article online at: https://www.worldcement.com/asia-pacific-rim/02092015/fauji-cement-sees-increase-in-profit-in-fy15-477/ 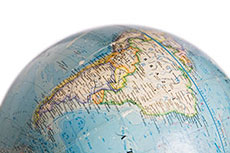 Domestic sales of cement grew to 1.8 million t in July, but exports continued to disappoint.

Pakistan’s Bestway Cement Limited has released its results for the 12 months ending 30 June 2014, during which domestic cement dispatches increased but export volumes declined.

The Pakistani cement company is planning to invest US$300 million in a new 2 – 2.5 million t cement plant.