Ambuja Cement Ltd has announced plans to expand its Sankrail grinding unit in West Bengal, India. The project, which represents an investment of Rs.325 crores, will see the plant’s cement production capacity increase from 1.5 million tpa to 2.4 million tpa. The plant originally began producing cement for commercial use in February 2001, after a nine-month construction period.

The project was inaugurated at a ceremony attended by representatives from Sankrail and West Bengal Minister of Industries Partha Chatterjee. Speaking at the ceremony, Ambuja Cement CEO Ajay Kapur, stated, “This is a moment of great pride and achievement for all of us at Ambuja. From the launch of this plant in 2000, we have crossed one milestone after another and have made steady progress. We are grateful for all the support that has been extended to us by the Government and people of West Bengal.”

Read the article online at: https://www.worldcement.com/asia-pacific-rim/02012013/cement_ambuja_expands_sankrail_grinding_unit_20/

Maratha Cement Works rated top of the pack for its safety systems. 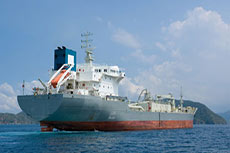 We report on an automation contract for ABB and a new terminal for Zuari Cements, as well as the quarterly results from India Cements.